Many different professions have codes of ethics that regulate the conduct of those in the industry. Court reporting is no different, and reporters must comply with the ethical rules to ensure they do not adversely affect the outcome of a legal case.

The main role of court reporters is to report and produce a transcript of depositions, hearings, or trials in an accurate and unbiased manner. They are responsible for capturing and managing the record. To some, court reporting may seem like a straightforward task—after all, they simply capture what people say, right? In reality, the profession is significantly more complex, and every court reporter should be properly trained to act in accordance with all ethical guidelines. The following are only some of the basic ethical requirements for court reporters across the United States; however, rules vary by jurisdiction. Lawyers and reporters should always check state regulations to determine the precise scope of ethical rules applicable to them. 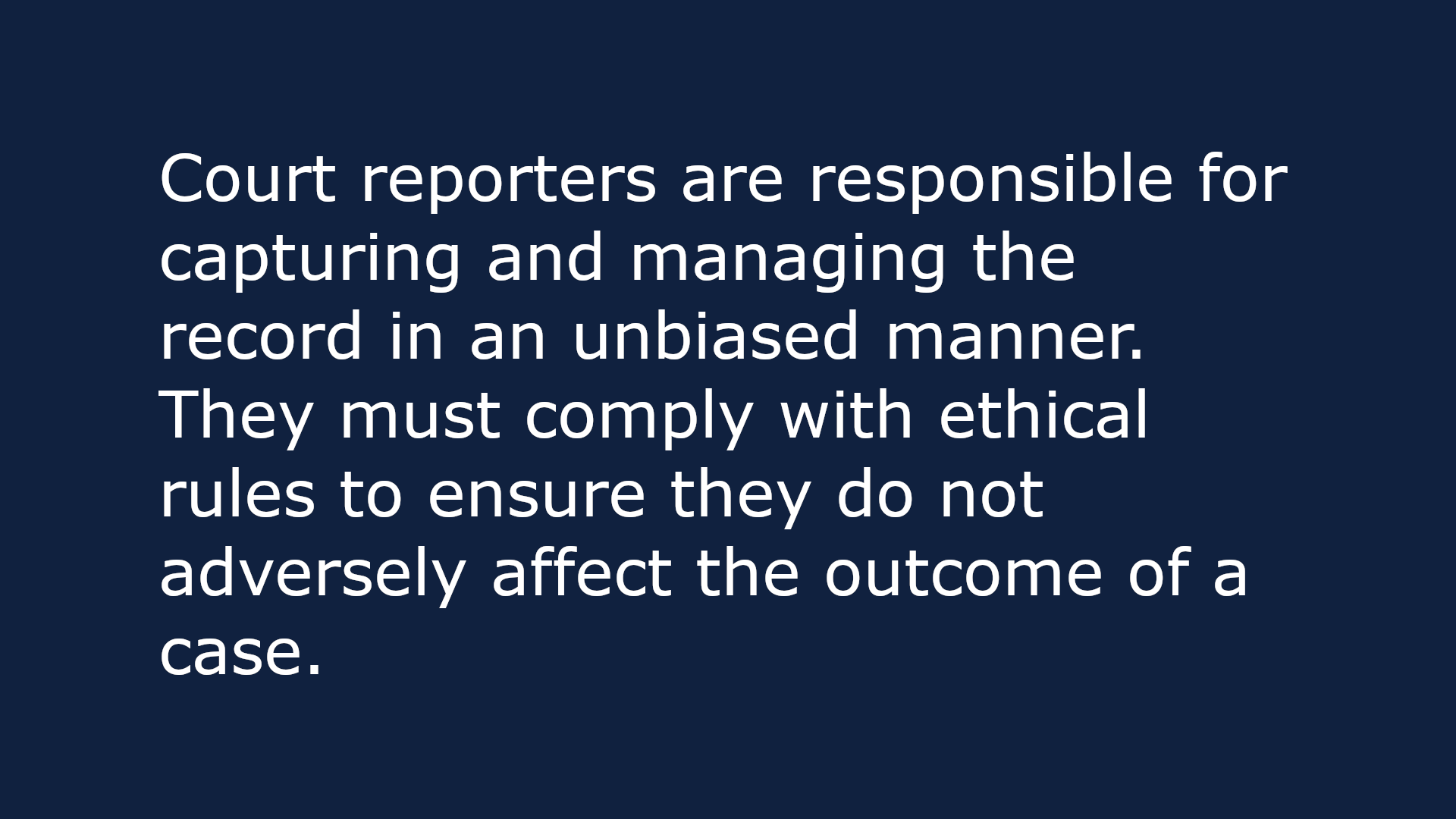 The way a court reporter reports a legal proceeding can affect the outcome of the entire case. For this reason, court reporters must always act in a fair and impartial manner toward everyone involved in a proceeding, including lawyers, witnesses, and others. A court reporter should not provide a different quality of service from one party over another, and if there is any potential for a conflict of interest, they should disclose their relationship to the case—for example, the court reporter could be related to an attorney or party.

Confidentiality is a major part of the legal profession, including court reporting. If deponents did not believe their testimony would be kept confidential, they may hesitate to answer questions openly and honestly.

A court reporter is obligated not to expose or sell a deposition transcript to anyone other than the parties without the consent of all parties involved. If the record is made public, however, the court reporter may sell the transcript to the public with or without litigants’ consent. If a non-party seeks a non-public transcript, they must do so through an enforceable legal process such as a subpoena or court order.

When multiple parties order a transcript or other deposition material, the court reporter must be careful to submit their information to all parties at the same time. Turning a transcript over to one attorney before another, for example, could give them an unfair advantage in the case. This creates an appearance of impropriety that calls the reporter’s neutrality into question.

A court reporter may not include statements made off the record in the official transcript. If something is said after the deposition’s conclusion, it can’t be added to the record, even if the attorney asks the court reporter to include it. To bring off-the-record comments into consideration in court, an attorney would be required to subpoena the reporter to testify about anything they may have heard.

The Responsibilities of Court Reporting Firms

Court reporting firms are held to the same standards as individual court reporters. If a court reporter comes to a firm for guidance in an ethical matter, the firm should follow the provisions that ensure the integrity of the record and the profession. Firms should also work to ensure the following:

When a law firm seeks the services of a court reporting firm, they should always make sure the firm holds both itself and reporters to the highest possible ethical standards. 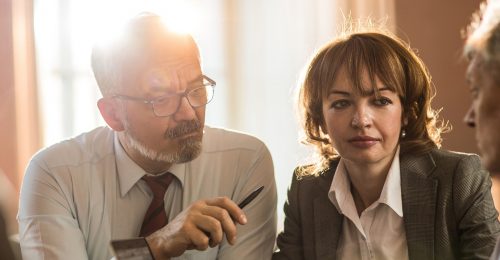 Construction defects: who decides whether to sue?