In a decision made by the Supreme Court in the Fall of 2017, justices announced independent cause for appeal by a party in consolidated cases cannot be denied. This was decided during a dispute between a brother and sister who entered into a complex legal battle regarding the handling of their mother’s estate in the U.S. Virgin Islands. After their two cases were consolidated, an argument arose as to whether one of the parties could appeal after a judgment had already been made on one of the consolidated case.

Supreme Court judges ultimately opted in favor of appeal in Hall vs. Hall, allowing for the re-examination of cases by individual parties in consolidated cases. Their decision, they argued, existed in tandem with historical practices already set in place, allowing them to reach a unanimous decision. Their resolution is a reminder for lawyers and officials to expect appeals by parties in consolidated cases and to take the necessary steps to enter into the appeal process. This assumes keeping track of multiple cases to avoid prolonged litigation as appeal processes arise.

This dispute brought forth an opportunity for legal officials to reiterate the importance of consolidating cases and the subsequent procedures that arise once cases are merged together. In this dispute, Ethlyn Hall sued her son, Samuel, after he failed to properly handle her estates in the U.S. Virgin Islands. He was also stripped of his duties as his mother’s legal advisor and lawyer, and the sister, Elsa, subsequently took full ownership of the mother’s real estate assets.

This first instance of legal action taken by the mother against her son is the trust case. After the mother passed away amidst the pending case, Samuel proceeded to file a separate claim against his sister, who Samuel claimed had turned his mother against him. He filed a separate case against Elsa because she only acted as a representative of her mother’s trust in the first case. The court then invoked Federal Rule of Procedure 42(a) and consolidated the two cases, siding in favor of Samuel in both.

A Matter of History

The Supreme Court turned to historical uses of consolidated cases to reach a conclusion, as a mere definition of the world wouldn’t suffice. After a thorough investigation, they found the practice of consolidating cases had been in place for 125 years to join together, but not completely merge, several cases. They found aspects of consolidated cases were determined separately to encourage swift and accurate hearings. The justices, therefore, denied Samuel’s advances that would prohibit Elsa from immediately appealing the trust case.

This ruling, while seemingly complicating the litigation process, exists to avoid unnecessary costs or delays associated with prolonged legal proceedings. Moving litigation forward in an effective and accurate manner is one of the main pillars of Federal Rules of Civil Procedure 42(b), which states that separate trials may be conducted for convenience – but also to avoid prejudice and to expedite the process.

For these reasons, the court rejected Samuel’s advances to prevent the appeal, claiming it would put lawyers at risk of waiting years to proceed with the appeal process. A possible deferment like this could cause piecemeal litigation and prevent proceedings from effectively moving forward.

Co-chairs of the American Bar Association encourage litigators to keep consolidated cases on the same appellate track to prevent error and ambiguity while conducting legal affairs – and so allowing for immediate appeals also encourages more accuracy in the courtroom. Perhaps less obvious, but equally as important, lawyers will not want to wait until all judgments have been made on consolidated cases to start the appeal process because they may miss the jurisdictional time to file an appeal.

Allowing for immediate appeal in consolidated cases has historically existed to encourage effective litigation. Hall vs. Hall brought to light the importance of conducting separate trials and appeals in consolidated cases, as it encourages lawyers to conduct their affairs more swiftly and accurately. 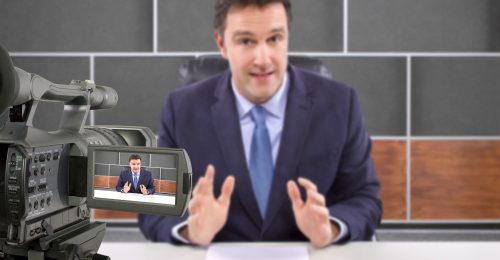 Seize the power in your next deposition