Trial judges and lawyers have been getting a lot of screen time lately. And that’s a good thing.

Rather than allow the legal system to grind to a halt during the ongoing COVID-19 pandemic, courts and lawyers are keeping their cases moving by embracing videoconferencing technologies. They might not have known last month how to conduct a hearing entirely online, but they do now.

When it became clear that social distancing would be one of the main strategies to combat the spread of the novel coronavirus, courts immediately understood that this policy would have a significant impact on a legal system that depends on in-person hearings and public access.

Postponements of jury trials have occurred in most jurisdictions. In-person filing of court documents has been discouraged, or prohibited, in favor of electronic filing of pleadings and service of process. Appellate courts are complying with social distancing directives by requiring attorneys to file briefs electronically and by holding arguments via videoconferencing or telephone.

But for essential judicial business, postponing proceedings for a few weeks or months is not a viable option. For example, persons arrested for criminal offenses have a right to be brought before a judge soon after arrest. Criminal arraignments, bond hearings, hearings seeking protective orders and injunctions, and petitions for extraordinary relief to protect constitutional rights all must be held within relatively short time limits.

Enter virtual hearings. As of April 27, nearly every jurisdiction in the United States is now encouraging—if not mandating—the use of videoconferencing technologies to ensure that essential judicial business gets done on time during the novel coronavirus pandemic.

According to the National Center for State Courts, 35 states now operate under emergency COVID-19 response orders that direct trial courts to substitute virtual hearings for in-person proceedings wherever possible. Judicial authorities in many of these states were required to temporarily suspend conflicting court rules that called for in-person proceedings. Another six states (Alaska, Puerto Rico, New Mexico, Delaware, New Jersey, and Connecticut) went further, explicitly mandating the use of virtual hearings.

Even states that lack formal COVID-19 response orders have in place judicial guidance that encourages the use of videoconferencing for conducting hearings. For example, Maine Supreme Judicial Court encouraged the state’s trial courts to permit video appearances wherever possible but, if not, to manage in-person hearings “in a way that promotes social distancing.” The Ohio Supreme Court similarly advised its trial courts to “leverage technology, such as video conferencing, web-based meeting platforms, and telephone” to conduct in-person hearings and meetings.

With few exceptions, these state high court directives were not accompanied with instruction manuals. They told trial courts that they must conduct virtual hearings, but they didn’t tell them how.

In March 2020, few trial courts were prepared to move their proceedings online. They proved to be fast learners, however. Within weeks, trial judges—armed with hastily negotiated Zoom licenses and training from IT support staffers—had arrived at procedures for how to conduct pretrial hearings and bench trials entirely online within existing court rules and constitutional limits.

“Three weeks ago, we had the occasional telephone conference, and now we have judges conducting their entire dockets via video and phone, and it is a remarkable leap forward,” Florida 11th Circuit Administrative Judge Jennifer Bailey told The Florida Bar News April 3.

In Massachusetts, in addition to transitioning to online hearings where necessary, the state’s trial courts have developed a procedure that allows individuals to obtain protective orders using online forms and video or telephone conferences. Massachusetts courts also rolled out new telephone helplines to advise citizens how to follow their cases and to navigate the court’s new remote justice processes.

In Illinois, Cook County Circuit Court Chief Judge Timothy C. Evans entered an order on March 30 directing that court proceedings be conducted virtually to comply with state-ordered social distancing mandates. The result is a pilot project in which circuit courtrooms employ a combination of Zoom videoconferencing technology and YouTube live-streaming to conduct pretrial hearings in criminal cases online. These technologies afford criminal defendants a hearing on the charges against them while preserving the public’s right of access to the proceedings. So far, pretrial proceedings from five courtrooms are being livestreamed to the public in Cook County.

In Michigan, the state supreme court published extensive training materials online to help its trial courts transition from in-person to virtual hearings. The court also created a Virtual Courtroom Task Force to make recommendations on the conduct of virtual trials and hearings in Michigan. On April 7, the task force published the Michigan Trial Courts Virtual Courtroom Standards and Guidelines, a first-of-its-kind handbook that explains in detail how Michigan courts should conduct virtual hearings.

In Washington state, Pierce County Superior Court Judge Tim Ashcraft convened a group of judges and lawyers for a mock trial held via Zoom videoconferencing technology. Judge Ashcraft published the 30-minute trial on YouTube in the hope that judges and attorneys could learn from the experiment.

The “new normal” of virtual hearings appears likely to survive the end of the COVID-19 pandemic. The legal community, now in wider possession of videoconferencing technology and newly acquired skills in using it, seems disinclined to return to the former status quo.

“My hope is that we are able to refine some of the practices that have been implemented over the course of the pandemic, and to maintain those practices going forward,” Massachusetts Chief Trial Court Justice Paula M. Carey said recently. “It has become clear that many of these practices benefit our court users, both attorneys and litigants alike.”

Florida Supreme Court Chief Justice Charles T. Canady struck a similar note in an April 21 administrative order (PDF), creating a task force that will consider, among other matters, the extent to which the state court system should continue to use remote technologies after the COVID-19 pandemic has passed. The Workgroup on the Continuity of Court Operations and Proceedings During and After COVID-19,  which is composed of judicial officials and technology experts, has a broad mandate to look at all aspects of state court operations and, if necessary, propose any statutory changes necessary to expand the use of videoconferencing and other remote technologies. 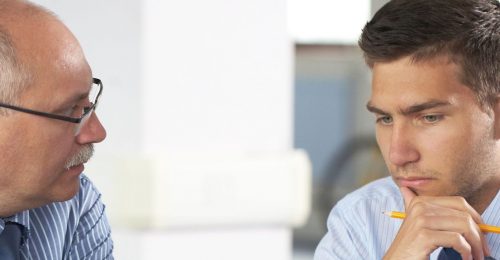 When to Rely on PR Strategy: How Far is Too Far? 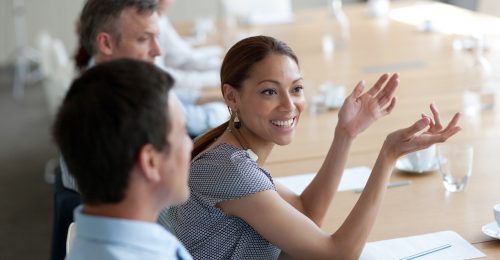