Access to biometrics has given us the chance to automate recognition and verification processes in an extraordinarily individualized way. The U.S. government uses biometrics to enhance national security, and their Automated Biometric Identification System (IDENT) overseen by the Office of Biometric Identity Management processes about 300,000 transactions based on biological data per day.

But in stride with the capabilities of biometric scanning, citizens and consumers for whom biometrics-based technologies are put in place are becoming more concerned about their privacy. Because these data are so individualized, the danger inherent in their distribution is of genuine concern.

That’s why, in the United States, three states already have laws that regulate biometric privacy. In Illinois, the law even allows for a private right of action, so other entities than the state’s attorney general can bring a suit to court – and citizens are already exercising that right.

In such cases as Jackson v. A. Finkl & Sons Co., No. 2018-CH-07424 (Ill. Circuit Ct. June 13, 2018), plaintiffs have claimed negligence on the part of their employers for failing to protect and secure the biometric data of employees. Citizens may also claim invasion of privacy wherein the right to biometric data privacy takes precedence over the need of employers to collect and use that data.

Both companies and individuals are vulnerable to the risks of collecting, or allowing the collection of, personal and unchangeable biologically-based information. As litigation continues, so too will advances in biometric scanning technology.

Facebook faces defeat after defeat as it attempts to defend its biometric data use policies in its ongoing class-action suit. As the cornerstone BIPA case in litigation involving biological data, it is poised to outline the future of data collection technology for social media and has the potential to reach other entities, as well.

How Will Litigation in Biometric Scanning Shape Technology?

Ongoing Facebook litigation and common law claims lean toward resolutions that suggest continued improvements in consumer-side information protection. In accordance with rulings that recognize the sensitivity of biometric information, technology will likely need built-in termination protocols in the event of data breaches or, in the case of employers using employee fingerprints for security, actionable protection in the event of an employee-employer relationship termination.

Consumer-side scanning software (like that used to perform certain convenience functions on social media websites) will likely need to be built to avoid using biometric data directly; that is, it may have to simulate biometric data scanning by searching for digital interpretations of biological data (for example, reading arrangements of pixels that create the appearance of a recognizable nose).

Information protection will be the cornerstone for future technology, especially as forthcoming Facebook class action decisions emerge. But as more states become aware of the risks of biometric data collection and use, legislation will continue to expand to more states, and inevitable litigation in those states is poised to push how biometric scanning technology designers build their hardware and software for protection of consumers. 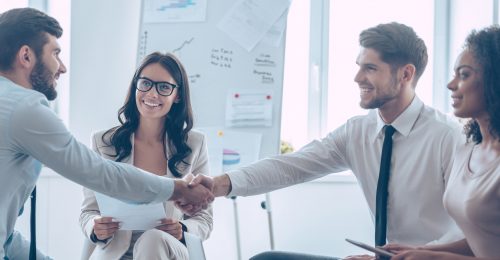 Why does consolidation stop with your law firms?

Three Questions to Ask When Hiring Court Reporters for Your Cases